Baduizm, Erykah’s debut album, was released February 11, 1997. Her artistry was unmatched. The new genre Neo-Soul became a constant label of her sound. That year, she won a Grammy Award for Best R&B Album.

She released her live concert sophomore album on November 18, 1997. She unconventional released two projects in one year! This project consisted of her debut album tracks and a new single that many are familiar with titled Tyrone. The history of the song is interesting because she made it up during a soundcheck.

The project begins with Rimshot (Intro). A rimshot is a percussion technique used to produce an emphasized snare drum beat. “I want a rimshot, aye, Diggy Diggy, a rimshot, aye come on!”

Track 2, On & On, was her first single released in December of 1996 and charted at #12 on Billboard Hot 100. This track was a glimpse into her iconic lyricism.

“I was born underwater
With three dollars and six dimes
Yeah, you might laugh
‘Cause you did not do your math” 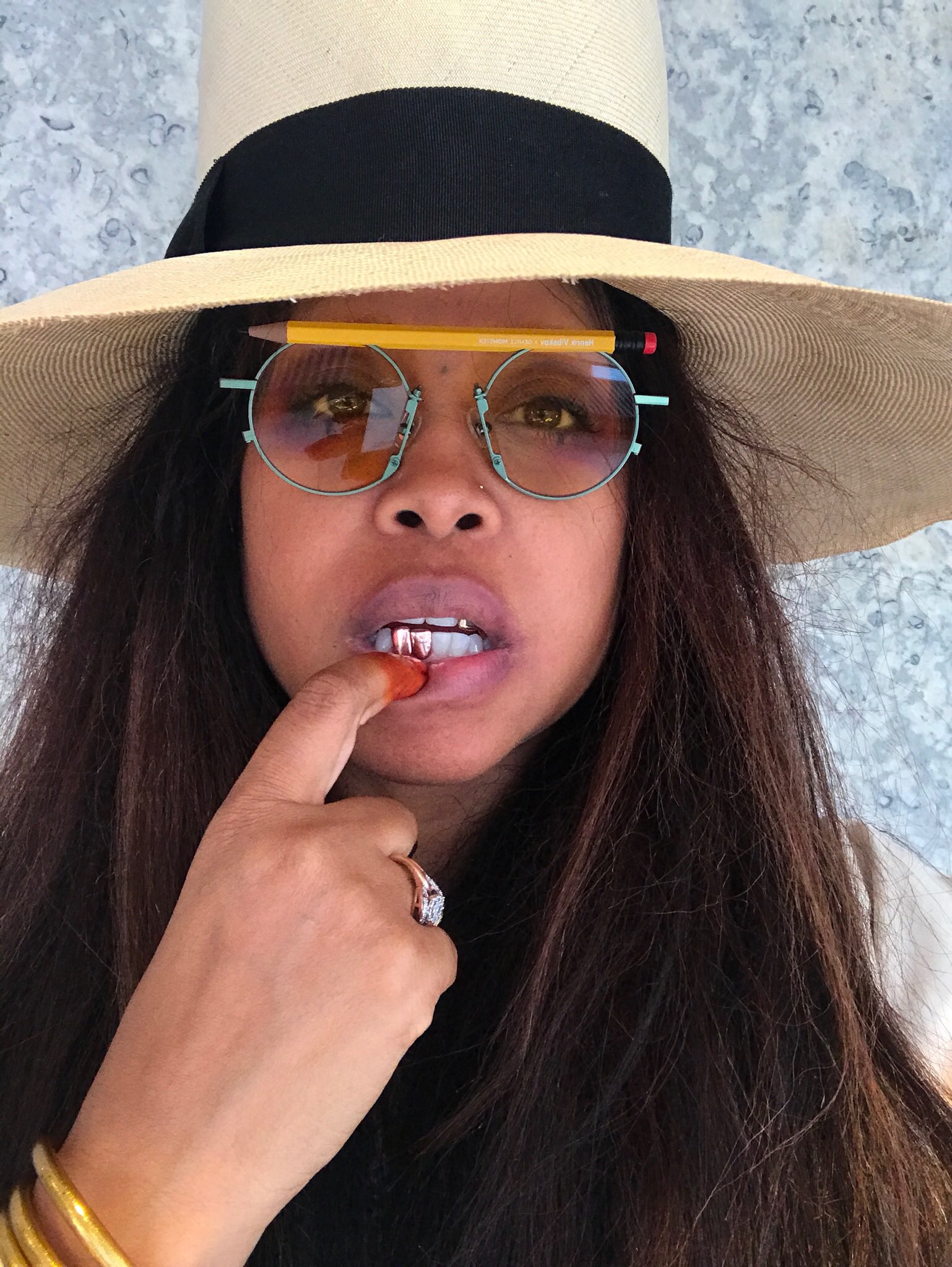 This is her lyrical explanation of being born complete and full of life from the womb which is 360 degrees.

Through the song, you may ask why she says “My cypher keeps moving like a rolling stone.” As Erykah Badu explains in her Live album, track 4, Reprise:

“A cypher can be represented by a circle, which consist of how many degrees? 360…my cypher represents myself, or the atoms in my body and the rolling stone represents the Earth. The atoms in the body rotate at the same rate on the same axis that the Earth rotates, giving us a direct connection with the place we live called Earth; therefore, we can call ourselves Earth.”

A well-known quote Erykah is known for is, “Now keep in mind, I’m an artist and I’m sensitive about my shit.”

“[Baduizm] is for my 90’s babies. Honestly…the frequencies of Baduizm was in the airwaves, and I was sending you a secret, decoded message with millions and millions of memories of my atoms all through the shit, and you the only one who can decode it, so I been waiting for y’all to grow the F*** up!” said Badu.

Now, I am grown and thankful I could be a reflection of her gifts live in her hometown Dallas, Texas.

Big thank you to Erykah Badu aka Sara Bellum, aka Medulla Oblongata aka DJ Low Down Loretta Brown aka Analogue Girl in a Digital World aka SHE ILL aka Manuela Maria Mexico for passing me knowledge through sympathetic vibrations.

see the review for Badu vs Everythang Tour 2017 A.D. here and videos below:

This site uses Akismet to reduce spam. Learn how your comment data is processed.

To see what's playing on Wildcat 91.9 this semester please look at the On-Air Schedule.